At just one year away from preparing for its 25th year Anniversary Convention, The American Society of Architectural Illustrators (ASAI) is thriving as an organization built on promoting awareness of the artistry of architectural illustrations in the varied techniques that have evolved over time.

Since becoming a charter member of ASAI (then know as ASAP) in 1986, I have enjoyed viewing the 24 Architecture In Prospective (AIP) competitions that have been held.

The highest award bestowed by ASAI is the prestigious Hugh Ferriss Memorial Prize. The other awards are the Formal Category Award, Informal Category Award, Juror Award (one selection by each of the three jurors) and the popular Member’s Choice Award (one winner of an online vote submitted to all 500 from around the world). The rest of the AIP is comprised of the winners of the Award of Excellence. The winners of these awards are included in an annual catalogue which is distributed to over 1,000 influential architects and developers. They are also part of the ASAI Show; a traveling exhibit with venues across the USA and other countries.

Over these years I have had conversations with other architectural illustrators about these selections. As with any competition that’s subjective in nature, questions arise about the process behind the awards. It’s fair enough and even healthy to have such conversations. 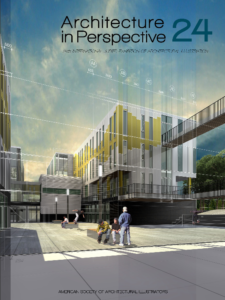 One of the reasons I decided to become more involved in ASAI was my desire for adjustments to the criteria on which the awards are made. This year, as president of ASAI, not only was I able to observe but I was also heavily involved in the award proceedings.

First of all, the president is autonomous in their duty to select the jurors. This alone rules out any prior influences or trends. The jury process was held at the Miami Beach Resort, in Miami Beach Florida, which is the setting for the 2009 ASAI Convention. Present at the meeting were Tamara Horsch-Prezio, Executive Director of ASAI, Gordon Grice and VP Mark Nelson. Their roles as well as mine were to set up the computers screens and equipment and to present the standard guidelines for the jury. After all of the years of wondering what goes on while the jurors view and discuss hundreds of world-class presentations, I can tell you that I got to be proverbial fly on the wall.

What integrity and what a well organized event. The purity of the process leaves no doubt that the judges are influenced only by each other while they pour over the images, talking among themselves. The event truly takes on a life of its own. A chemistry develops between the jurors that is distinctly their own. The jurors invited to preside over the 24th AIP Awards were all from the Miami area. They come with varying backgrounds in art and architecture. Impressively, the jurors hit their stride from the outset and worked as a unit with reverence and respect for every single submission.

They were unanimous in their selection of this years Hugh Ferris Memorial winner, Maarten van Dooren. The other selections fell into place as smoothly as well. While others and I may still wish to adjust and improve the jury process, I now have much more appreciation and respect for the procedures that are in place.

Any artists that don’t make the cut can take solace in the fact that there very likely could be different outcomes with different combinations of jurors. That is why members are encouraged to re-submit their works in succeeding years. This year’s back of the book image might be next year’s Hugh Ferris Memorial winner.

About the American Society of Architectural Illustrators

The American Society of Architectural Illustrators (ASAI), previously American Society of Architectural Perspectivists (ASAP) was founded in 1986 by Frank Costantino, Paul Stevenson Oles and Steven Rich in Boston. We hold an annual art competition for members and each year 3 jurors are recruited from the art, architectural and/or rendering community. The jurors select their favorites out of the submissions. What was once a small, local art competition, has grown exponentially into more than 500 entries in recent years from all countries around the world. 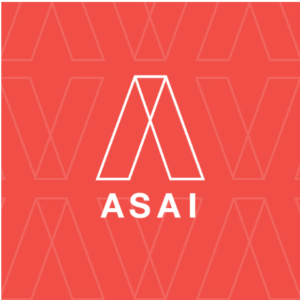 From this competition, we host a traveling exhibition and publish the Architecture in Perspective catalogue. ASAI’s top award is the Hugh Ferriss Memorial Prize. In addition, we also have a Formal category winner and a Sketch category winner, as well as one image that each juror has selected as his or her personal favorite and approximately 54 additional selected artworks every year. ASAI hosts an opening exhibition venue with each conference and holds a reception at the venue on opening night.

To bring your architectural rendering dreams to a visual reality, contact us at info@genesisstudios.com or 407-539-2606. 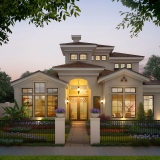 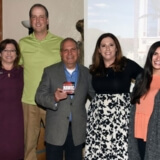